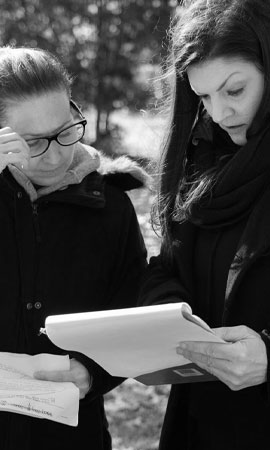 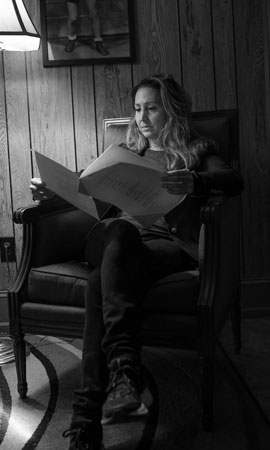 Educated at Rosemont College in Philadelphia, she graduated with a BA in English Literature. She married and settled in her hometown and was busy at home raising a family. In 2003 she became a charter member of Hammonton First, a third independent political party still in existence today. She served as Councilwoman, Chair of the Arts and Culture Committee and The Art Society. Tracy served by appointment as Art's Advocate where she continued to give local artists a voice throughout the region by designating an Art District. Among her proudest achievements during her years of service was helping to spearhead the restoration of the historic Eagle Theatre which was resurrected in 2009 after extensive renovations.

Tracy is now fully dedicated to Lucca Films which she founded in 2006 and making films employing local talent. THE FINDERS, was Tracy's first feature length SAG-AFTRA film. The subject, child trafficking, is a story about corruption in our institutions and corruption of our Leaders at the highest levels. She stresses how our collective choices create our collective reality and how important each well informed choice could be in helping create a better world. The film is very powerful and thought provoking and is currently receiving good reviews on Amazon.

Tracy's most recent accomplishment, DARK STATE, is very timely and is set to be released in June 2020.